Home - Translation - The Art of Interpreting

The Art of Interpreting

The spoken word is a lot like music. It comes in varied rhythms and tones. And in order for it to be received well, it must be delivered well. Like a finely tuned piano, an interpreter must be well-prepared before performing and have a full understanding of the language from and to which they are interpreting.

With a Bachelor of Arts in Linguistics from the Azerbaijan University of Languages (Simultaneous Interpretation & Translation), I am well-versed in both English and Azerbaijani, and all the technicalities that lead to a flawless interpreting performance.

But I’m also a musician at heart. Having been a professional piano player for over 7 years with a diploma in music from the local music school in Baku, I approach language much like the piano keys – with care and creativity.

According to a study, musicians are better at processing different languages.

Then again, music is a language in itself.

How I Learned My Craft

Following my four years of language study, I worked as an interpreter in Baku, the capital of Azerbaijan, for local agencies from 2002-2006, before relocating to Czech Republic. There, I worked for three corporations in three different positions, as a linguist, while continuing as a freelancer for local translation agencies in Baku. I then relocated to Istanbul, where I served as both a freelance interpreter and translator for one year.

It wasn’t until 2014 that I returned to Baku where I started working as a full-time freelance Azerbaijani interpreter again.

Those 18+ years of experience (along with all the traveling and cultural experiences too!) have finely tuned my skills as a translator and an interpreter, making me an excellent choice for your future projects.

The Ethics of Interpreting

Confidentiality is a key part of interpreting. Your materials must be left in trusted hands and you must be able to put complete faith in your interpreter.

I always work alone and that’s the way I like it. Working one-on-one with the client provides full clarity between both parties and I do believe the client feels more comforted knowing their sensitive materials aren’t being passed around.

Do you have an upcoming meeting that requires an experienced and professional Azerbaijani interpreter? From smaller scale meetings to one-to-one meetings, team meetings to guidance meetings and trainings, I can deliver interpreting with due style.

Let me tell your message the way you want it to be said.

The sidebar (main-sidebar) you added has no widgets. Please add some from the Widgets Page 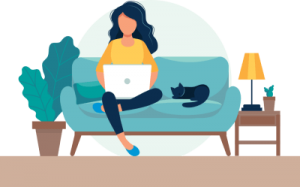